Weed, Not a Weed.

I did a bit of "gardening" this weekend. I'm putting the whole "gardening" thing in quotes because I'm not really sure if you can really call what I was doing "gardening" or not.
Sure, the pouring of the potting soil into a wood-framed flower bed and then planting the purple-ish plants that I picked up at Walmart counts for gardening. And the blowing off of the planting of the rosemary, mint and basil until it warms up next weekend (we have frost warnings this week -- FROST warnings!) can also, sort of still be considered gardening (of the non-gardening variety).
The rest of the time, I walked around the property, pulling up dead bits to let room for the growing bits to, um...grow. The problem is the only bits we really have growing are weeds.

Last weekend, a friend commented that our blue weeds kind of looked like blue bells. We decided to call them "Wild Blue Bells." The rest of the flowering weeds I've turned into a game called, "Weed, Not a Weed."
Come and play along... 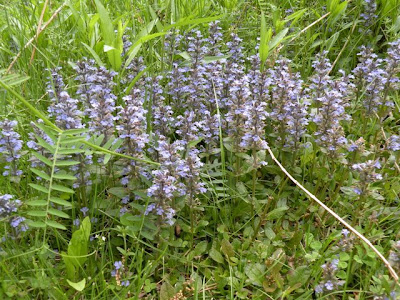 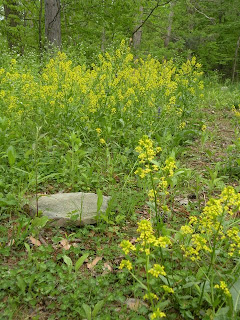 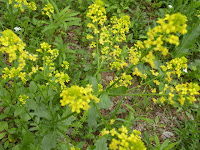 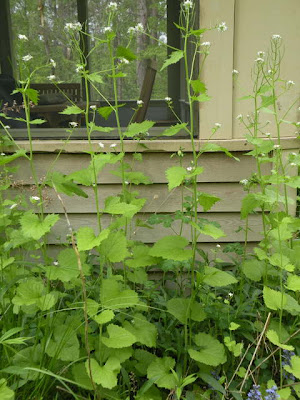 And what the hell is all of this??? 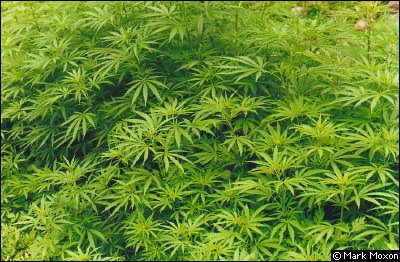 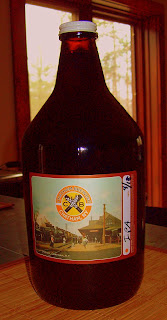 A few weeks back we took a drive up to Chatham Brewing to see what's what.

Located down the end of an alley just off of Main Street (near Ralph's Pretty Good Cafe), Chatham Brewing is what a PR-chick might describe as a "boutique operation." With three small vats brewing 100 gallons each of IPA, Amber Ale and Porter -- it looks more like a home brew kit gone mad than a fledgling operation. 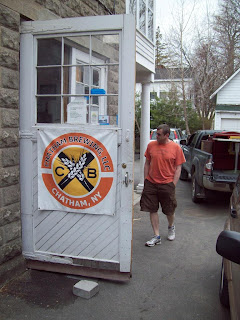 Yet despite its modest looks, the line of Chatham beers packs a powerful punch. We took home a growler of IPA (Retail $10 + two bucks for deposit on the jug). The IPA is the lowest in ABV (alcohol content), tasted light but had a full body taste (yeah, like I know what I'm talking about).

Since I don't really know what I'm talking about (I drink Bud Light when Sam Summer is out of season), I'll let you know that Chatham Brewing recently got "the nod" from NYC's Dive Bar owner Lee, a guy who does know a lot about good beer (and wine!), and who regularly showcases new brewers and craft ales. Lee now carries Chatham's goods under a Dive Bar label, as well as Chatham's own.

Chatham Brewing is open every Saturday from 11 a.m. - 2 p.m. to meet all of your growler needs. Though be warned, we tried to visit Chatham Brewing about a year ago in the winter and they were closed due to a "Growler Shortage" (personally I think the brewer was probably skiing). But you gotta love a beer brewer who understands the depths of despair that come with a "beer emergency." 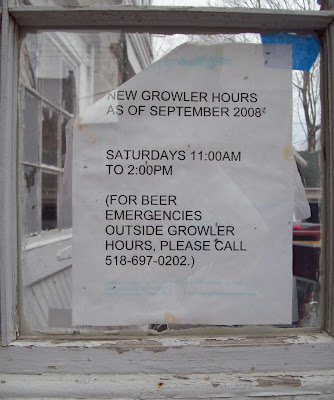 As an added bonus, John spotted this authentic UK Mini-Cooper parked on Main Street in Chatham, where we took some snaps (Yes, I am that tall, and yes, the Mini is that small). 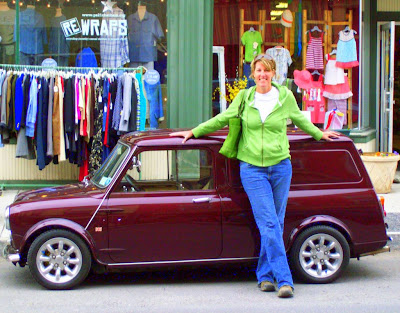 We look forward to imbibing CB's beer and ales both here (on tap at Radio Mexico in Hudson and at home) and when we're in the city (where I enjoyed the Amber Ale at Dive 75).