Just ON the Taconic 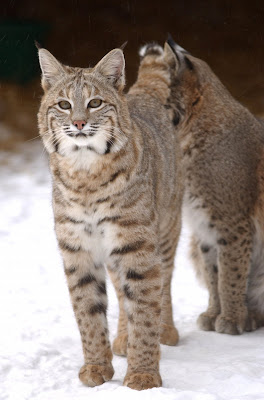 So, John and I were driving back to the city yesterday after watching the inauguration and, as usual, we took the Taconic.
There was nothing much to report from the parkway. The roads were quiet and it's always gorgeous when there's snow and it was a clear day, so, you know, the usual SPECTACULAR drive... but just north of the Poughkeepsie exit, I spotted what I thought was a cat on the side of the road. But as we got closer I realized it was a BOBCAT (Alive and well, not roadkill, mind you.)

Anyway, this brush with nature was pretty amazing (even if it was at, er, 55 miles an hour). And since I wasn't totally sure if it was a bobcat or catamount (I recently mistook a deer for a sheep), I searched the Internet and can confirm, yes...definitely bobcat.
As a by the way, it's bobcat hunting season (October 25 - February 15), but be careful, lest you be the one hunted (Forgive me, I'm reading Twilight at the moment).
Posted by Christine H. at 11:14 AM No comments:

OT: This is Just the Coolest Thing

In preparation for the Inauguration...Everyone must get Obamicon-ed!
Posted by Christine H. at 3:49 PM No comments: 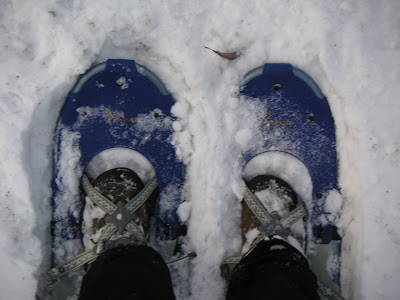 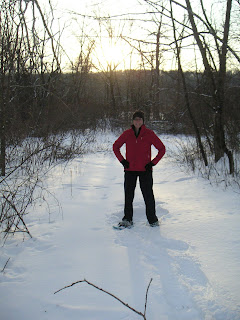 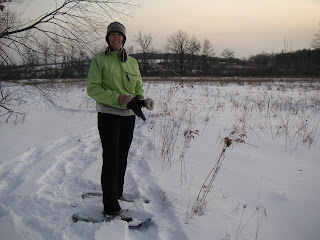 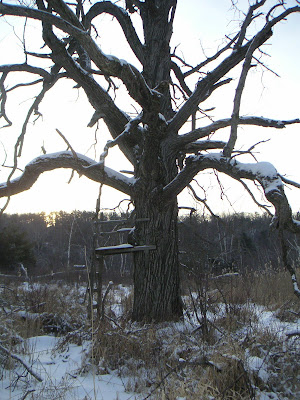 Another Year: A 2008 Retrospective 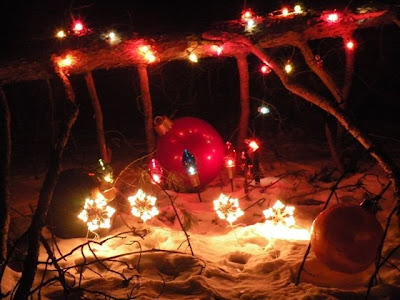 Above: Our backyard Xmas tree 2008.
The pine tree that missed the house. Free delivery.

Some of the highlights (Best of times) included hosting our friends, finally, after the renovation work was done. And the work itself, definitely a "Best of times" kind of thing -- at least now that it's done. During the process, though, it was "the Worst of times." If not for me, then certainly for the folks who had to endure John's wrath from April - August. ;-)

'Foolishness,' you ask? Sure, just thinking we could manage in "The Country" at all without a corner bodega was foolish...

That said, our "Season of Darkness" hands down was in January 2008, when the wet weather brought water barreling down the hill that got into our electric line and corroded the main line into the house. Yep, you betcha, the damn thing disintegrated, leaving the house a frozen ice-box for weeks until we (nay, John), was able to put all the working pieces together (electrician, plumber, wits and sanity) to get things operational enough to at least get the reno work underway. But summer, as always, was our "Season of Light," even if it meant only getting back into the house on Labor Day.
Below, our hit list of Best of Times and Worst of Times, 2008:

Left: A Praying Mantis in our backyard, late summer 2008. Below right: Me, during ice storm, praying for electricity - and the trees to stop falling (wine and blackberry aiding the cause). 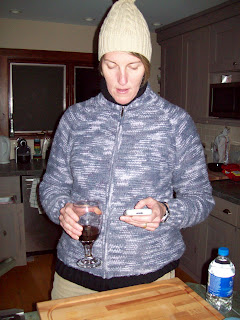 And a few things we are looking forward to in 2009: 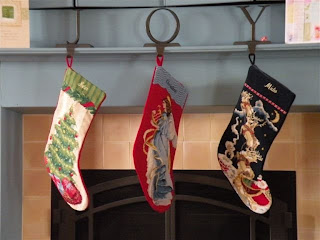