While I was recently entertaining journalists in Puerto Rico one weekend, John was at the house doing a bit of Spring Cleaning. Not the kind that includes opening the windows wide and letting fresh air in while vacuuming, dusting and windexing. This Spring Cleaning included chainsaws. 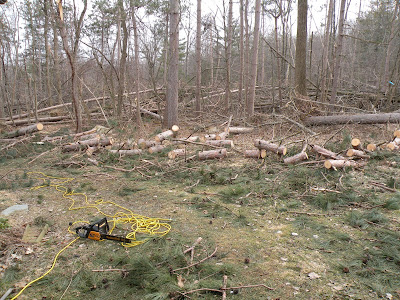 As great as it is to have a cleared yard (I did a bit of raking yesterday, my big contribution to the effort), John is actually in the doghouse on this one. Reason? He didn't have anyone at the house around who could help him in case he chainsawed his fingers or leg off by accident.

That's my rule: you use chainsaws or climb on the roof (to direct the antenna for better local television/internet reception) and you have a buddy nearby who can either hold the ladder, drive you to the hospital in case of an accident, or call 911. 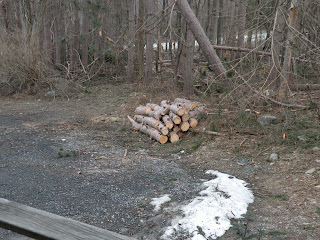 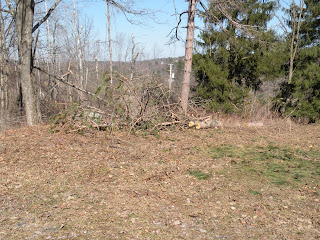 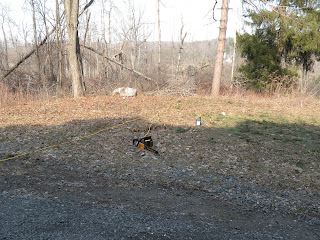 I'll have to forgive him just this one time. Afterall, he did kick-ass job. Now if I can just get him to do some of that other Spring Cleaning next weekend (the kind with the Windex) while I'm toughing it out in San Juan again for a food festival...

Is that an ELECTRIC chain saw?? Still, it appears to have done the job.
--Dave

Yes, indeed it is .... and the electric bill wasn't too bad at all, thanks very much for asking.