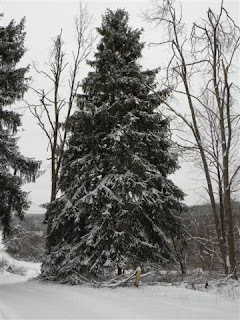 As it turns out, the weekend of the ice storm, John and I had originally planned to get our first real Christmas tree together (and he had convinced me that it would be okay to go to a tree farm and buy a tree vs. purchasing an artificial tree at the store -- it was further confirmed that a real tree from a local tree farm is far better on the environment than a plastic tree made from oil products and shipped from China, but that's another story...).

So, our best laid plans to choose a tree, cut it down and drive around town with it on our roof of the LR3 were sidelined when we lost power, and the power to get out of our driveway. 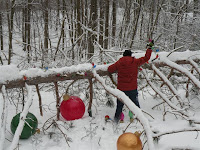 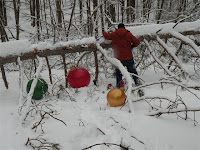 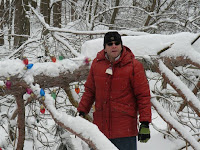 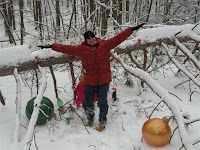 Left: John posing in front of our "Christmas tree." 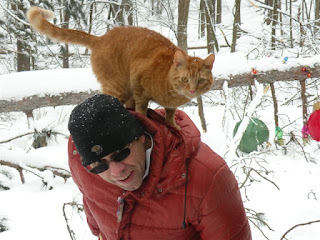 Above: Mido gets in the act. 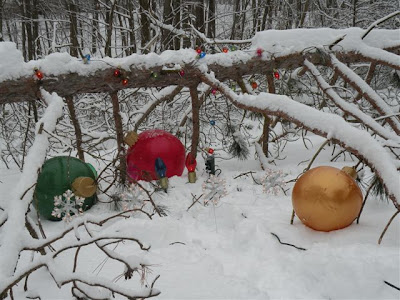 Above: Our First "Real" Tree in a Winter Wonderland!